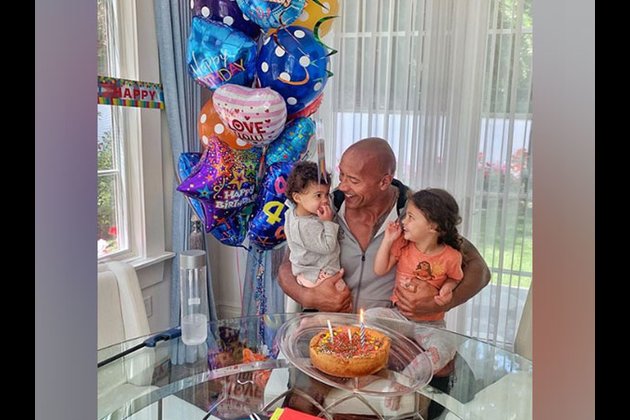 Washington DC [USA], June 12 (ANI): American actor Dwayne Johnson deleted an Instagram post of himself with his 3-year-old daughter, Jasmine at a swimming pool after he was panned because the little girl was not clothed.

Johnson often shares photos of his three girls, but this time he received backlash because the little girl wasn't dressed.

Till the time the post was deleted from Instagram, it had garnered nearly three million likes by users including those by Josh Brolin and David Beckham.

However, a majority of onlookers found the snap inappropriate to be shared on social media as actor's daughter wasn't in a bathing suit, reported Yahoo.

While one user wrote, "Why is she naked though?" "I love the Rock but this pic isn't necessary for social media. They made bathing suits for a reason," wrote another. "I'd never post a pic of my child naked in a pool on social media," another concerned fan wrote.

On the other hand, there were also few users who sided with Johnson saying it's hard to get children to wear clothes and it's not sexual.

"This is very normal and not sexual in any way with our culture," a Polynesian commenter wrote, according to Fox News.

However, the actor is yet to comment on the criticism he received on social media. (ANI)