US Delays New Tariffs on Some Chinese Exports 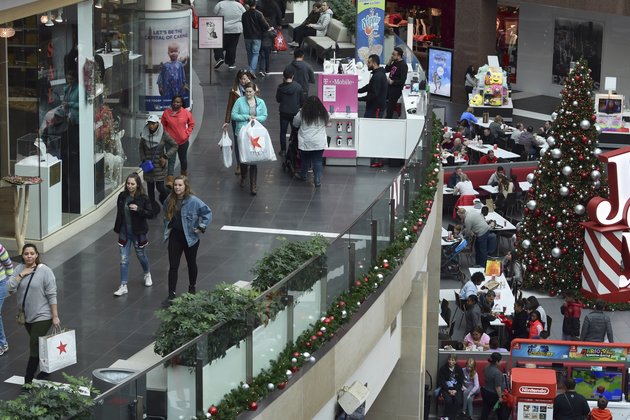 WASHINGTON - The U.S. on Tuesday said it is delaying a new 10% tariff on some key Chinese imported consumer products that President Donald Trump had been set to impose September 1.

The Office of the U.S. Trade Representative said the levies on laptop computers and computer monitors, cell phones, video game consoles, some toys, shoes and clothing would be delayed until December 15. That could be a cost-saving benefit to U.S. consumers, who often give such products to family members and friends over the December holiday season.

In addition, the U.S. said it is exempting altogether a separate group of Chinese imports "based on health, safety, national security and other factors."

But the new tariff will still be imposed on a wide range of other Chinese goods, the U.S. trade office said, with the list of affected products to be announced soon.

After days of losses, U.S. stock indexes surged on news of the tariff rollbacks, with markets in New York jumping 1.6% or more.

The tariff changes were announced as Trump, on a golf vacation at his New Jersey resort, defended his trade conflict with China.

On Twitter, he contended tariffs he has imposed on hundreds of billions of dollars of Chinese exports headed to the United States are benefiting the U.S. Treasury. He said the tariffs are not hurting U.S. consumers who buy Chinese-made goods or farmers whose produce China has stopped buying.

"Through massive devaluation of their currency and pumping vast sums of money into their system, the tens of billions of dollars that the U.S. is receiving is a gift from China," Trump tweeted. "Prices not up, no inflation. Farmers getting more than China would be spending. Fake News won't report!"

He added, "As usual, China said they were going to be buying 'big' from our great American Farmers. So far they have not done what they said. Maybe this will be different!"

Over a two-year period, Trump has sent or is promising to pay U.S. farmers more than $26 billion in government aid to compensate them for losses they have sustained since China ended its purchase of American grains and other products.

Despite Trump's claim, it is U.S. importers who pay tariffs, not exporters like China, and the American corporations often include the cost of the levies in the price of the goods they sell to other businesses and consumers. A Treasury report said U.S. businesses have paid more than $50 billion in tariffs on products from throughout the world, not just China, through the first nine months of the government's current fiscal year.

Now, with the Tuesday rollback of the new tariff, not all Chinese imports will be taxed.

Trade negotiations between the world's two largest economies have been contentious, with Washington and Beijing unable to reach an agreement.

U.S. Trade Representative Robert Lighthizer and Treasury Secretary Steven Mnuchin talked with Chinese Vice Premier Liu He on Tuesday and agreed to another call in two weeks. But there was no announcement on any movement toward an accord.

The next round of trade talks between the two countries were expected to to occur in September after the U.S. tariffs take effect.

CHRISTCHURCH, New Zealand - New public housing that will save tenants money in energy bills, and provide warmer, healthier and ...

BEIJING, June 5 (Xinhua) -- Beijing will lower its emergency response to the novel coronavirus epidemic from the second level ...

75% of consumers in UK, Australia and U.S. slam Chinese government

LONDON, UK - More than 75% of consumers in the UK, US and Australia blame the Chinese government for the ...