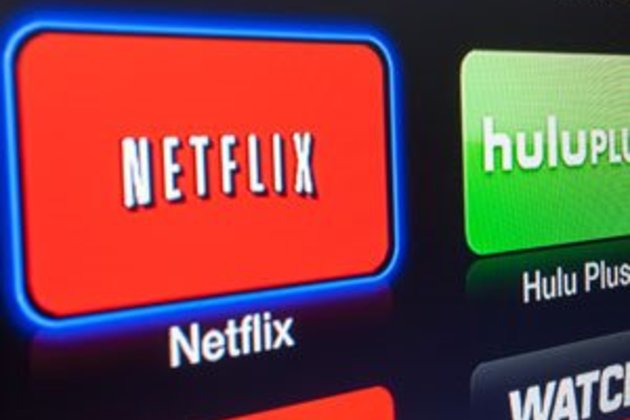 Jeff Wlodarczak has been one of Netflix's biggest advocates on Wall Street since he took over coverage of the company at Pivotal Research Group in 2015. Over four years, he never wavered from recommending the stock, and this summer the analyst predicted the streaming giant would eventually be worth more than $200bn.

But in September, Wlodarczak slashed his price target by a third to $350 - the largest cut since he began coverage. While he still recommends the stock, Wlodarczak is part of a growing chorus of analysts who now worry Netflix is headed for a slowdown. Goldman Sachs and UBS were among the latest to cut their expectations on Thursday. "Sentiment is awful," Wlodarczak said.

Netflix shares have fallen 23% since mid-July, when the company fell short of its own second-quarter forecast for new customers. While most analysts blamed the miss on a recent price increase, they also worry that looming competition from Walt Disney, Comcast, Apple and AT&T could make it difficult for the company to sustain its growth - or reduce the billions of dollars it must raise annually in the junk-bond market.That raises the pressure on Netflix investors ahead of next week, when the company reports third-quarter results, the final stretch before the Disney+ and Apple TV+ streaming services debut.

The Los Gatos, California-based company predicted in July it would add 7 million customers in the period, bringing its worldwide total to almost 159 million. But data services used by investors project Netflix will sign fewer, Wlodarczak said."People are expecting them to miss," he said.

"I can't recall Netflix ever missing two quarters in a row."That growing apprehension marks a stark turnaround for a company that has seemed invincible for years, often obliterating Wall Street's estimates as consumers across the world embraced internet TV. Investor enthusiasm helped fuel Netflix's rise to the top of the global-entertainment business and feed its ever-growing cash needs.

When the company's first original hit drama, "House of Cards," debuted in 2013, Netflix was worth around $10bn, a fraction of the value placed on media giants like Disney and Comcast.The success of its early series and the decline in pay-TV customers convinced investors that Netflix was reigning over a new era of TV, where people in developed countries watched on-demand over the internet instead of via cable or satellite.

Subscribers surpassed 50 million, and then 100 million. The market value of Netflix soared as well, peaking near $170bn last year and briefly topping Disney's.But Netflix's spending on movies and TV shows also soared - to an estimated $15bn this year - while the number of projects topped 1 000. The company's debt ballooned too, from $500m to roughly $13bn.

Now, more than two decades after its founding, Netflix is still burning through cash and earning less than its media peers.The company blamed the second-quarter misfire on its slate of new films and TV shows, a claim that set off alarms inside and outside the company. Netflix released dozens of new projects in the second quarter, including the award-winners "Our Planet" and "When They See Us," the Adam Sandler comedy "Murder Mystery" and the breakout hit "Dead to Me."If all those programs failed to deliver, what would?

Some employees also questioned why the company went ahead with a long-planned retreat to Iceland just days before delivering such bad news, according to a person familiar with the matter. Chief Executive Officer Reed Hastings and Chief Content Officer Ted Sarandos have since reassured employees that the second quarter was a hiccup, according to some who were privy to the conversations and asked not to be identified because they were private.For the quarter just ended, new seasons of hits such as "Stranger Things" and "La Casa de Papel" probably helped the company attract new customers. If Netflix hits its forecast when results come out next week, it'll be a record for the quarter.

"There's a lot of money being spent, and Netflix will have to ramp up."

READ: IAN MANN REVIEWS: How to spot turning points in your business before they happen

But employees and investors clearly worry this time is different. Netflix has a lot more customers than it did three years ago, making it harder to sustain the same level of growth. And that's without new competition.Disney, Apple, Comcast and AT&T are all taking aim at Netflix, attempting to lure many of the same customers to their own online offerings. They are commissioning original shows and pulling programs from Netflix for their own services.

The competition has set off an arms race for talent. Producers Ryan Murphy, Greg Berlanti and Shonda Rhimes have all secured deals in Hollywood worth hundreds of millions of dollars, while actors such as Reese Witherspoon and Jennifer Aniston now command more than $1 million an episode.Netflix's thesis has long been that revenue will eventually far outstrip its program spending.

As the company produced more in-house and relied less on outside studios, it could limit the cost of its shows. But with new rivals pressing in, that may not be the case."There's a lot of money being spent, and Netflix will have to ramp up," said Wlodarczak, who, like most other analysts, continues to believe the company's long-term future is bright.

"We had told our clients that it will be tough for the stock to work ahead of Disney+ and HBO Max."