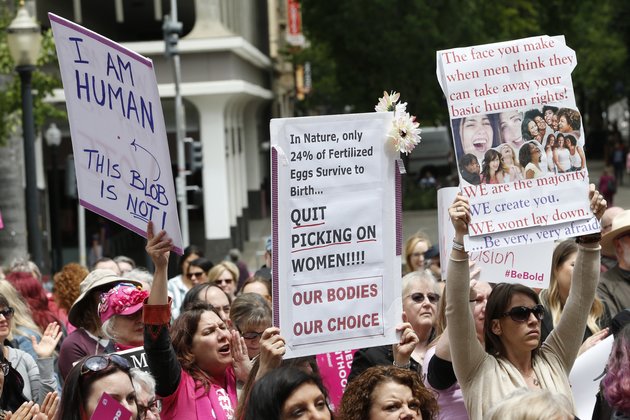 California's Governor Gavin Newsom on Friday signed the bill into law, which requires the states' 34 universities to offer abortion medication beginning in 2023.

The medication is a first-trimester procedure that involves a woman taking two pills to create an effect similar to a miscarriage.

Newsom's predecessor, Jerry Brown, who is also a Democrat, vetoed similar legislation last year, arguing that abortion services were "widely available off-campus" and so did not need to be provided by state universities.

Democratic Senator Connie Leyva, who sponsored the bill, said in a statement Friday, "Abortion is a protected right, and it is important that everyone, including college students, have access to that right, if they so choose."

Leyva has argued the bill would help young women who cannot get to outside abortion providers because of transportation or financial obstacles.

The bill has been opposed by religious and anti-abortion groups.

The University of California system has not taken a position on the matter but has raised concerns about the cost of the procedure as well as concerns over security issues related to providing abortions.

The law does not require California universities to offer surgical abortions, which can be done past the first trimester.

California's decision to increase access to abortion comes at a time when many states are limiting the ability of women to receive abortions, leading to a flurry of legal challenges. Last week, the Supreme Court agreed to review a Louisiana law that opponents say would force most of the abortion clinics in the state to close.