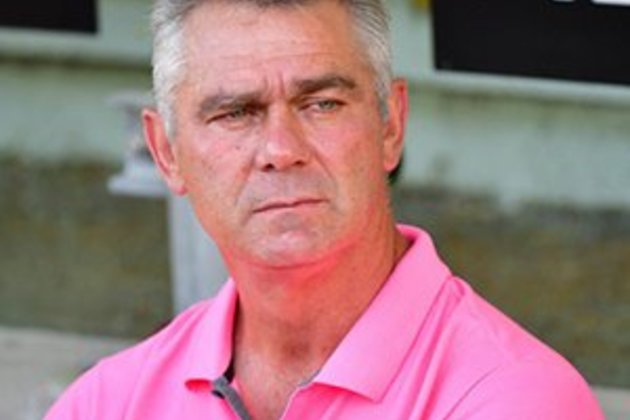 Paris - Stade Francais assistant coach Pieter De Villiers hailed his team's 33-30 win over Toulon as an "important victory" on Sunday even if the Paris giants' second triumph of the season still kept them rooted to the foot of the Top 14 table.

Stade were heading for a sixth defeat in seven games when they trailed the three-time European champions 30-26 with just seven minutes left at the Stade Jean-Bouin.

However, a late converted try by fullback Kylan Hamdaoui, who was fastest to react when an attempted drop goal by veteran Springbok flyhalf Morne Steyn came back off the post, handed Stade a lifeline.

Victory also helped ease the intense pressure on Stade's former Springbok coach Heyneke Meyer which had been building in the wake of last weekend's 46-16 rout at the hands of Castres.

Steyn, 35, played his part, kicking four penalties and converting all three Stade tries for a personal haul of 18 points.

"This is an important victory for the club," admitted De Villiers. "Hats off to the players. They never dropped their heads."

On Saturday, French international fullback Thomas Ramos, who was sent home from the World Cup with what was judged to be a tournament-ending ankle injury, used his "desire and frustration" to help Toulouse to a 36-15 win over Castres.

Ramos was injured during France's 33-9 win over the United States on October 2 and subsequently ruled out of the remainder of the World Cup in Japan where Les Bleus have since reached the quarter-finals.

However, on Saturday, he played the full 80 minutes, seemingly with no ill-effects as Toulouse swept to a

"He had a lot of desire and a lot of frustration," said Toulouse backs coach Clement Poitrenaud.

"When you have a player of his level and he is available, then you do not ask yourself if he should be playing or not."

Ramos was happy to enjoy a low-key return to the starting line-up.

Despite being his club's top scorer from last season, he ceded kicking duties to Australian teammate Zack Holmes who booted 21 points, including converting his team's three tries.

Saturday's win was the third of the Top 14 season for 20-time champions Toulouse, who had started the weekend second from bottom of the table.

Lyon stay top thanks to a 27-8 win over Pau that allowed them to claim a seventh win in seven games.

Promoted Bayonne are third following a 28-24 win over Montpellier, the Basques' fifth victory in seven games.

Racing 92's woes continued when a 27-27 draw with Agen left Laurent Travers's side with a record of just one home win in four outings at their La Defense Arena.

Racing could have won it with the game's last piece of meaningful action but Sam Hidalgo-Clyne's ambitious 50-metre penalty attempt sailed wide.