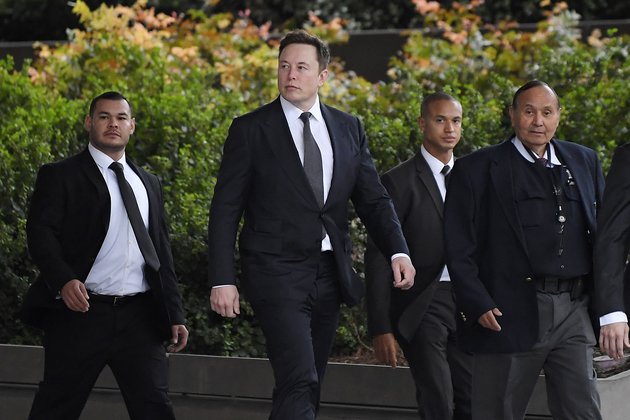 LOS ANGELES - An attorney told a Los Angeles federal jury Friday it would be reasonable to award $190 million in damages to a British cave explorer who is suing Elon Musk for allegedly branding him as a pedophile during a Twitter spat.

Musk, who testified his stock in Tesla and SpaceX is worth about $20 billion, contends that he was not being literal when he referred to Vernon Unsworth as a "pedo guy."

The case was expected to go to the jury later in the day after closing arguments end.

The spat happened as Unsworth was involved in the rescue of a youth soccer team and its coach from a flooded cave in Thailand.

Unsworth had ridiculed Musk's effort to help in the rescue by having engineers at his companies, including Space X and The Boring Co., develop a mini-submarine to transport the boys. Despite working around the clock to build the sub, Musk arrived in Thailand late in the rescue effort and the craft was never used.

Unsworth called it nothing more than a "PR stunt" and said Musk could stick the sub "where it hurts."

In his closing argument, Wood called Musk a "billionaire bully" who lied when he claimed "pedo guy" only means "creepy old man" and when he apologized to Unsworth.

The biggest lie, Wood said, was when Musk accused Unsworth of being a pedophile.

"When Elon Musk tweets something it goes around the world," Wood said.

He added: "It can never be deleted."

Unsworth testified that he had to sue Musk for defamation because if he didn't, the allegation would seem true.

In his testimony, Musk insisted that the phrase he tweeted off-the-cuff "was obviously a flippant insult, and no one interpreted it to mean pedophile."