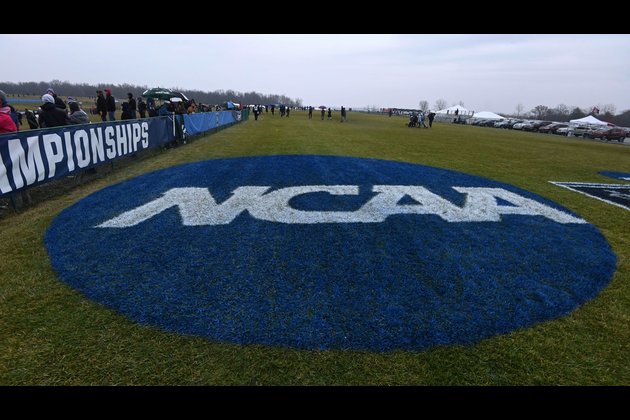 The NCAA moved Friday to halt almost all NCAA Division I sports championships in the fall because of the coronavirus pandemic, in a decision that had one notable exception.

While FCS football -- formerly Division I-AA -- will not hold a playoff, the decision did not apply to FBS, whose season concludes annually with the College Football Playoff Championship Game.

Decisions are ongoing about the FBS season, although the Big Ten and Pac-12 have said they will not play games this fall. NCAA President Mark Emmert said the NCAA does not have oversight of FBS and its bowl games or the playoff. The Mid-American and the Mountain West are the other FBS conferences which have postponed their 2020 football seasons. The ACC, SEC, Big 12, AAC, Conference USA and Sun Belt, currently, still have plans to hold football seasons this fall.

The plan to not contest championships in fall sports stemmed from the Big East's decision this week to postpone its fall sports. That was the tipping point in bringing competing schools under 50 percent.

"We cannot now, at this point, have fall NCAA championships, because there's not enough schools participating," Emmert said. "The Board of Governors also said, 'Look, if you don't have half of the schools playing a sport, you can't have a legitimate championship.'"

In addition, Emmert said that student-athletes must be given the chance to opt out for COVID-19 reasons if their teams do play. They would remain on scholarship. He also said student-athletes will get another season of eligibility if they take part in less than half of the team's games.

"If we think about what's going on this fall, rather than thinking about it as a canceled or a lost fall, let's instead think of it as a pivot toward winter and spring," Emmert said.

U.S. stocks dip as all eyes on presidential debate

International freight depressed due to lack of planes in air

Global stocks rebound runs out of steam on Asian markets

SYDNEY, NSW, Australia - The worldwide rally in stocks of the previous 24 hours came to a halt in Asia ...

Criticism mounts in China over 'bullying' of social media platform

Fifth most visited city in world prepares for long Winter

SINGAPORE - These days, the desolate streets and shuttered businesses in popular tourist areas in Singapore like Little India and ...

SYDNEY, NSW, Australia - Stocks in Japan and Hong Kong rose strongly on Monday, while in China and Australia stock ...

The sculpture "Stand Tall, Stand Loud", conceived by the African American artist Aaron Bell, whose father once was a prominent ...

KUWAIT City, KUWAIT - Kuwait's ruling Emir Sheikh Sabah al-Ahmad al-Sabah has passed away on Tuesday in a hospital in ...

In the hours after U.S. Supreme Court Justice Ruth Bader Ginsburg died, shocked Americans speculated about whether or not Republican ...

United States considering walking away from embassy in Baghdad

BAGHDAD, Iraq - The United States is threatening to close its embassy in Baghdad amid frustrations over attacks by Shi'ite ...