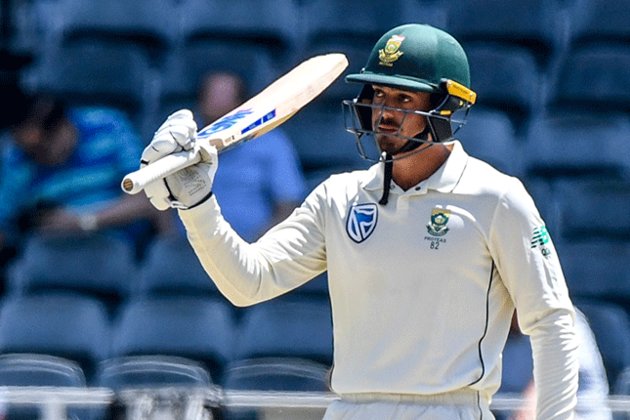 Boucher was speaking on the eve of De Kock's 50th Test, which will see South Africa's face Pakistan at the National Stadium in Karachi on Tuesday.

Boucher, who's 15-year test career started against Pakistan in Sheikhupura in 1997 and spanned 147 Tests, is best placed to pass judgement on De Kock's longevity.

De Kock made his Test debut against Australia in Port Elizabeth in 2014 in a game he did not keep in, but South Africa won by 231 runs to square what became Cricket South Africa's director of cricket Graeme Smith's last Test series.

Opener Dean Elgar and former captain Faf du Plessis are the only squad members remaining from that game.

"It's just the start of his career and I think there are another 100 games for him, personally. Hopefully we can get the best out of Quinny for this series. It'll be a good sign for him as a captain, player and the team going forward," Boucher said.

De Kock has shown glimpses of his brilliance at Test level but has fully bloomed as an aggressive limited overs opener.

How South Africa will be able to get the best out of him as a Test batsman remains to be seen, especially in a transitional team where De Kock's best batting position has yet to be established.

Boucher said De Kock is a special cricketer and the occasion of a 50th test is one that has to be taken in and enjoyed.

De Kock will become the 18th South African Test cricket to have played 50 or more Tests since 1992.

"Being a captain is something we added to him and we're trying to help him as much as we can in that department. I'm very happy he's taken on that role. I know it's tough at times, especially when you know your performances aren't where you want them to be. It's a special occasion though and for any player," added Boucher.

The first Test against Pakistan gets underway tomorrow at 07:00 (SA time).

Macquarie profits up by $317 million due to Texas deep freeze

The winter storms that have swept across the U.S., particularly Texas, upending the energy market and knocking out power for ...

SYDNEY, NSW, Australia - Stocks in Asia rose across the board on Thursday, in line with the global trend, following ...

Musk's loss of $30 billion drops him from world's richest person

Tesla founder Elon Musk is no longer the richest person on earth after his stock portfolio tumbled 6 percent on ...

NEW YORK, New York - U.S. stocks closed sharply higher on Wednesday adding to the volatility this week which has ...

NEW YORK, New York - Like a mob boss looking for payback, Donald Trump wanted the Supreme Court to do ...

EU expects Navalny sanctions for Russians to be ready next week

BRUSSELS, Belgium - In a largely symbolic move, foreign ministers of the European Union agreed this week to sanction four ...

WASHINGTON, DC - Moderna has announced, following approval by the U.S. Food and Drug Administration, that it will place 15 ...

Some 8.7 million Texans remain under orders to boil their water before drinking or cooking with it, following a massive ...