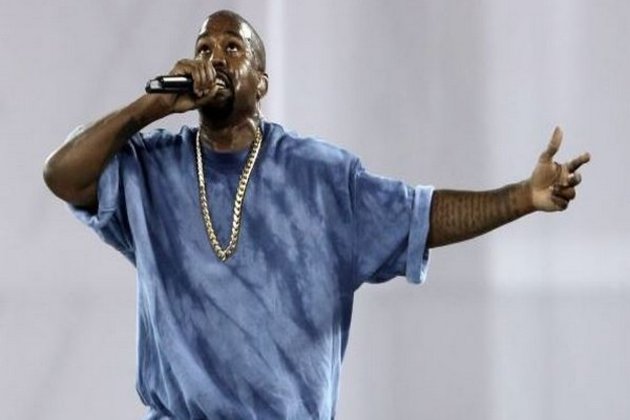 Washington [US], January 27 (ANI): American rapper Kanye West has been spotted for the first time since the news of his separation from American reality TV star Kim Kardashian broke.

The 43-year-old rapper was snapped arriving recently by private jet at Van Nuys Airport in Los Angeles from his ranch in Cody, Wyoming, where he's been holed up, reported E! News.

The star arrived back in California, Los Angeles after jetting off to Cody on Friday night to spend the weekend at his ranch, according to a source. Donning a mustard-coloured sweatshirt and brown leather pants, "Kanye seemed calm but somber," the source described.

The eyewitness further said, "He was very mellow and quiet as he got off his jet. He chatted with the flight attendant briefly before getting in his car. He was traveling with friends who had been on the ranch, but Kanye left with his bodyguard by himself. He didn't stick around and wait for everyone. He just headed home."The Grammy-winning singer's recent sighting, the first since he was last seen in November 2020, comes amid mounting curiosity over Kanye and Kim's current relationship status.

Earlier this month, a source told E! News, "Kanye is aware the marriage is over. It's upsetting to him. He loves Kim, but they don't get along half of the time. He's truly in his own world and gets in the zone of focusing solely on his own projects."While the estranged couple continues to live separately, "Kim and Kanye have no bad blood and they are very cordial. He's focusing on his world and she is focusing on her world," an insider recently told the publication.

"It's gotten to the point where they haven't spent time together as a married couple in months. They've seen each other for the sake of the kids, but have been living separately. Kim knows the marriage is over. She's known for a while," a source shared in early January.

As per Page Six, Kim is hoping to reach a settlement prior to filing officially with the courts so that she and Kanye can work out their finances and how to split up their properties.

The famous American reality show 'Keeping Up With The Kardashians' will highlight the marriage problems of Kim and Kanye in the final episodes. (ANI)

Musk moves home to Texas, after locating companies throughout state

AUSTIN, Texas: Aviation and aerospace company SpaceX is expanding its presence to align with global demand by setting up a ...

Volvo said all car purchases to be only online

GOTHENBURG, Sweden: Volvo targets to only manufacture electric cars by 2030 by significantly increasing the size of its U.S. South ...

CUPERTINO, California: Apple announced on Monday that all 270 of its store locations in the U.S. have officially opened for ...

BENGALORE, India: The Covid vaccine manufactured by Bharat Biotech has been found to be 81 percent effective, in an analysis ...

Yemen's Houthi rebels have carried out missile and drone strikes on a Saudi military base and an oil facility, expanding ...

BERLIN, Germany: In a change of policy, Germany has announced it will begin vaccinating those over 65 years-old, while recommending ...

WASHINGTON D.C.: Compromising with moderates, President Joe Biden and Democrats agreed to tighten the requirements for those eligible to receive ...

375 Michigan students locked out of school due to Covid testing

ANN ARBOR, Michigan: Some 375 University of Michigan students have been banned from entering school buildings because they have not ...

Macron says Paris not locked down for weekend

PARIS, France: The French government will not require residents of the Paris region to be locked down this weekend. However, ...

LARISSA, Greece: Central Greece was struck by a magnitude 6.0 earthquake on Wednesday, which was also felt in nearby Albania ...