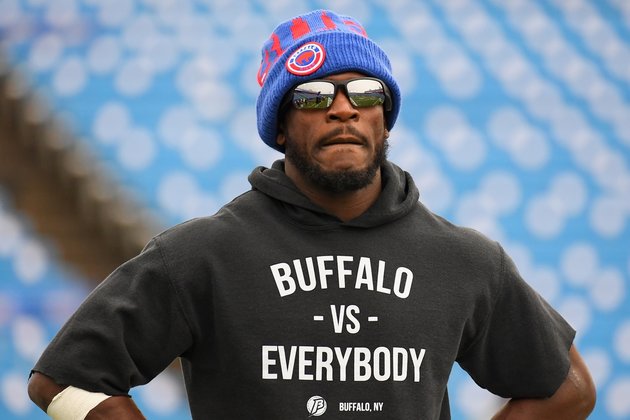 Buffalo Bills All-Pro cornerback Tre'Davious White will miss the rest of the season with a torn ACL, the team confirmed Friday.

He was injured in the second quarter of Thursday night's 31-6 win over the New Orleans Saints and did not return. Dane Jackson replaced him.

White was an All-Pro selection in 2019. This season, he has 41 tackles, an interception and six passes defensed.

"I know all the guys in the locker room are praying for him and hurting with him," quarterback Josh Allen said, per ESPN. "You can't say a single bad thing about that man."

The Bills selected White in the first round (No. 27 overall) of the 2017 NFL Draft. The 26-year-old has played in 72 games (all starts) for Buffalo and has 279 tackles, 16 interceptions, three sacks, five forced fumbles and five fumble recoveries in his career.

Jackson, who turns 25 next week, was a seventh-round draft pick by the Bills in 2020. He has made 16 appearances (two starts) for Buffalo with 29 tackles, an interception, a fumble recovery and five passes defensed.

PARIS, France: After Paris changed its travel restrictions, announcing that UK travellers would only need to present a negative Covid-19 ...

NEW DELHI, India: The first day of talks between the UK and India on a potential free trade agreement took ...

At auction, $3.3 million paid for single page of Spiderman comic

DALLAS, Texas: The original drawings of a single comic book page from a 1984 issue of Spiderman has sold for ...

KIEV, Ukraine: Many government websites in Ukraine have suffered cyberattacks, with the intruders posting the text, "Be afraid and wait ...

BRUSSELS, Belgium: Zara Rutherford, a teenager from Belgium, is nearing the completion of a solo round-the-world flight. Rutherford, age 19, ...

FedEx asks US to let it install laser defenses to planes

MEMPHIS, Tennessee: FedEx is seeking permission to arm its cargo planes with defensive systems to thwart attacks by heat-seeking missiles. ...

Diamonds of the Night (Dmanty noci)