How to Switch from CBS All Access to Paramount+? 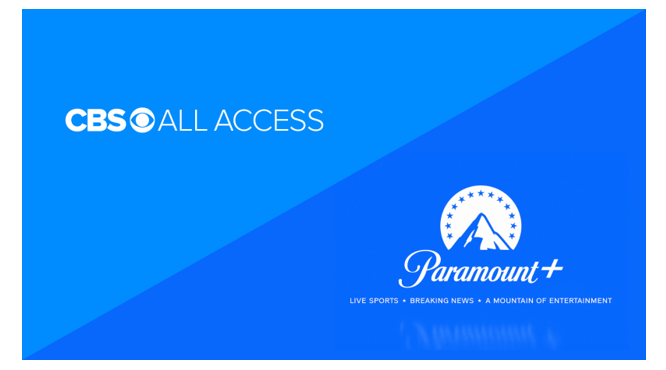 How to Stream Paramount+ If You Have CBS All Access?

What is the difference between CBS All Access and Paramount Plus?

Paramount+ offers the same mix of originals and series as CBS, but with an additional 30,000 television episodes and 2,500 movies from CBS, BET, Comedy Central, MTV, Nickelodeon, and Smithsonian Channel.

What Subscribers to CBS All Access Will Get Paramount Plus Automatically?

Yes, every CBS All Access subscriber has automatically been converted to Paramount+. However, if an automatic update fails to upgrade CBS All Access to the new Paramount+ app, you can run a manual update on your device.

In addition to the updated app, CBS All Access subscribers won't have to do much to get Paramount+. The payment and subscription information will remain the same (more below), so you don't even need to change your username or password.

Another good news for CBS All Access subscribers is that Paramount+ will eventually be cheaper than CBS All Access. Upon launch, Paramount+ is offering two different plans: a premium plan for $10/month and an ad-supported plan for $6/month, the latter of which costs the same as CBS All Access' basic subscription.

However, Paramount+ will launch an ad-supported subscription plan in June. By then, the $6/month plan will no longer be available to new customers, but existing subscribers will be able to keep their subscriptions if they wish.

Additionally, users of CBS All Access in UK, Canada, and anywhere in the world, who use VPN to access the service, will have the same price plans to enjoy streaming Paramount+.

What Will Happen To My CBS All Access $6 Plan?

That's when things get a bit tricky. CBS All Access subscribers, those who sign up for the $10/month, ad-free tier will be automatically converted to the $10/month Paramount+ plan and will be able to continue streaming without interruptions.

However, customers of CBS All Access' $6/month ad-supported plan have a number of options. All subscribers will be permitted to keep their $6/month subscriptions. However, you will still see ads, just like before. By June, you will choose to continue with your old $6/month plan or downgrading to Paramount+'s $5/month plan, or upgrading to the $10/month ad-free plan, whichever is more convenient for you.

You should know the difference between the $6/month grandfathered plan and the $5/month Paramount+ tier before deciding. The major difference between the two plans is access to a Livestream of your local CBS station, which the $6 plan has and the $5 plan does not. By June, you will be able to access a CBS Live Stream 24/7, but the subscription will cost one extra dollar a month.

If you choose the $5 Paramount+ plan, keep in mind that you will not be able to return to the $6 plan, so be sure that you're fine with giving up the local CBS channel.

CBS All Access subscribers do not have to worry - the service will also continue to offer all of the existing originals. Furthermore, you will receive an additional 30,000 television episodes and 2,500 movies from CBS, BET, Comedy Central, MTV, Nickelodeon, and Smithsonian Channel. Additionally, the price will be almost the same.