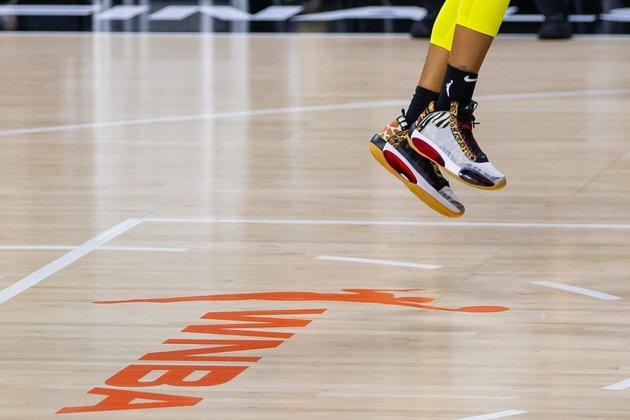 The Dallas Wings will try to carry the momentum from one of their best offensive performances of the season into Saturday night's home game against the Minnesota Lynx in Arlington, Texas.

The Wings (3-2) head home after an impressive 94-84 win in Phoenix on Thursday. Star guard Arike Ogunbowale poured in a season-best 37 points to lead Dallas to its third victory in four games. Allisha Gray added 16 points for the Wings, with Marina Mabrey contributing 13 points and a career-high 10 assists.

Dallas never trailed after a Mabrey sank a 3-pointer for a 17-15 lead with three minutes left in the first quarter. Ogunbowale hit five 3-pointers and was a perfect 10 of 10 on free throws.

It's been feast or famine for Ogunbowale this season; she and the team have struggled in their two home games but have been unbeatable on the road. She averaged 6.5 points in two home defeats, but in the three road wins she has averaged 28.3 as the Wings have won by an average of almost 10 points a game.

"Our team feeds off Arike's confidence," Mabrey said. "She gives everyone the confidence to play well, and she makes every player feel like they can impact the game when they get in."

Minnesota fell into an 11-2 hole and never led.

Lynx center Fowles is averaging 18.5 points and 10 rebounds a game despite getting to the foul line far less frequently than might be expected. She has averaged only 3.5 free throws a game, leading Lynx coach and general manager Cheryl Reeve to say, "Syl doesn't get any respect in this league ... it's gotta be darn frustrating."

That frustration is heightened because the Lynx, and particularly Powers, have struggled to score. Heading into Thursday's game Powers had shot 24 percent from the floor and just 13.3 percent on shots from beyond the arc. She hit all four of her 3-point attempts against the Aces, which suggests the Minnesota offense is coming around.

The Lynx have scored 87 points in each of the past two games after averaging 73.5 in their first four.

"AP is coming along and playing her game very well," Fowles said about Powers' big game. "I think by us knocking down shots on the perimeter it helped me inside."