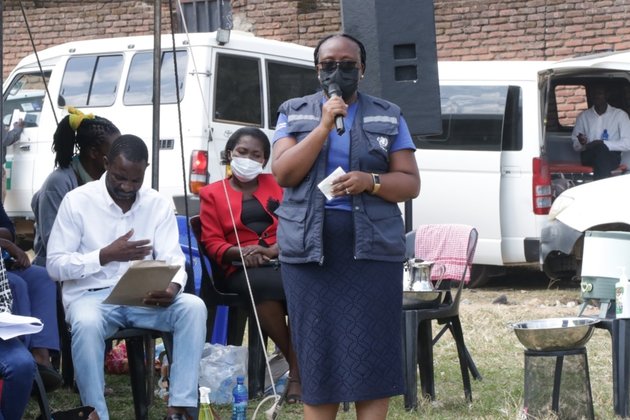 Blantyre, Malawi - Malawi has rolled out a vaccination campaign to help stop an outbreak of cholera. Authorities report more than 350 cases and 17 deaths from cholera across eight districts of southern Malawi.

Malawi's Ministry of Health declared the cholera outbreak in early March after the first case was confirmed in the Machinga district in southern Malawi.

The disease has so far spread to eight districts including Nsanje, Chikwawa and Blantyre.

In its latest report on Monday, the ministry said the country had recorded 367 cholera cases in all with 17 deaths and 19 hospital admissions.

Dr. Gertrude Chapotera represented the World Health Organization at the launch of the vaccination campaign Monday in Blantyre.

She said the campaign is running with support from various global partners, including the Gavi Vaccine Alliance and the Global Task for Cholera Control. 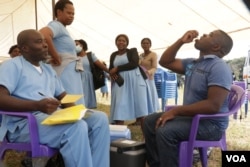 Malawian journalist, Kenneth Jali taking cholera vaccine , during the launch of the campaign in Blantyre, May 23, 2022. (Lameck Masina/VOA)

"We are supporting the Ministry of Health with up to 3.9 million doses that will be administered in two rounds,' she said. 'So this actually is the beginning of the first round with the campaign starting from today the 23rd of May running up Friday this week the 27th of May."

Cholera is an acute diarrheal infection caused by ingesting food or water contaminated with bacteria. The disease affects both children and adults and, if untreated, can kill within hours.

Dr. Gift Kawalazila is director of Health and Social Services in Blantyre. He says the district has so far seen nearly 100 cases of cholera, with five deaths but only three hospital admissions as of Monday.

"This means that cholera is a disease that can easily be reversed and we have treatment options with us,' said Kawalazila. 'So, the general message to the general population is that they should quickly present themselves to our health workers in our different health facilities whenever they notice the signs and symptoms of cholera which is profuse diarrhea and vomiting in some cases." 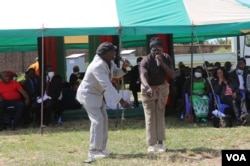 Comedians were also invited to grace the rollout of cholera vaccine campaign, May 23, 2022. (Lameck Masina/VOA)

Health authorities say many people are turning up for vaccination, with some districts running short of the doses.

Alinafe Longwe is among those who received the cholera vaccine in Blantyre. Longwe says she did not get the COVID-19 vaccine, citing fears of blood clotting and other health issues.

"But with this one, I haven't heard any issues, so I am okay with it and I have received it and I am fine,' said Longwe.

Meanwhile, the Ministry of Health says it has intensified public education preventing cholera infections. These include the use of clean water for domestic purposes and observing personal hygiene.