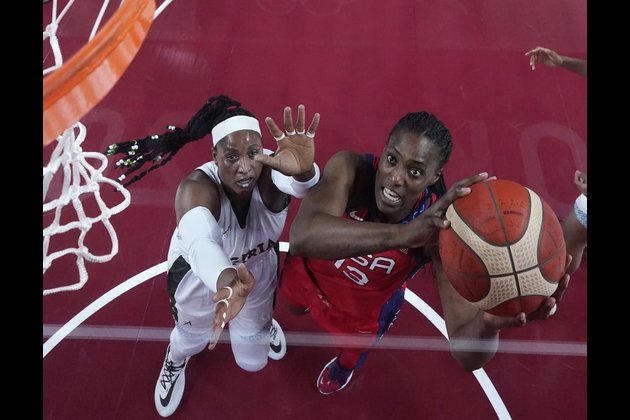 The return of Sylvia Fowles paid immediate dividends for the Minnesota Lynx on Thursday night.

After missing five games with a cartilage injury in her right knee, Fowles collected 14 points and 10 rebounds as Minnesota posted a 100-88 win over the Phoenix Mercury.

The Lynx aim to make it three straight wins on Sunday with a considerably tougher task against the host Chicago Sky.

Minnesota (5-13) still resides in last place in the Western Conference with a record just a half-game better than the WNBA's worst team: the Indiana Fever. But the Lynx at least can boast consecutive wins for the first time this year.

Their second victory over Phoenix was all about offense and rebounding. Minnesota established a 60-48 halftime lead and then simply held the Mercury at bay in the second half. The Lynx made 50.7 percent of their shots from the floor, sank 24 of 29 attempts at the foul line and dominated the glass 42-23.

Meanwhile, Chicago (12-5) is coming home off a 2-1 road trip that included the third triple-double of Candace Parker's career. The veteran center finished with 10 points, 14 rebounds and 10 assists on Thursday night in an 82-59 rout of Los Angeles.

What's more, Parker did it in just three quarters, sitting out the fourth as the Sky built an insurmountable lead.

"I love being a playmaker," she said. "The game is changing and I think we're going to see this very soon on a nightly basis. I'm grateful to play on a team where we can spread the wealth."

Parker is one of four double-figure scorers in the Chicago lineup at 12.5 points per game. Kahleah Copper has averaged a team-leading 14.0 points per game, followed by Emma Meesseman (13.1), Parker and Courtney Vandersloot (12.3).