Guardians look for spark from Will Brennan against Rangers 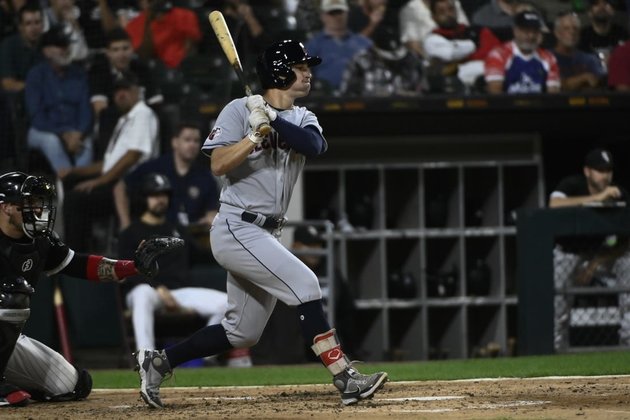 Considering all the contributions the Cleveland Guardians have gotten from their young players, it's fitting that outfielder Will Brennan is getting his chance in the weekend series against the Texas Rangers in Arlington, Texas.

Promoted from Triple-A Columbus on Wednesday, Brennan got the startin right field on Friday in the Guardians' 6-3 win.

The Guardians (84-67) are now eight games ahead of the Chicago White Sox in the American League Central, and they can move closer to clinching the division on Saturday night against Texas (65-85).

Brennan, in his third game in the majors, had a two-run single and stole two bases Friday.

Could the left-handed hitter see steady playing time in the final few games?

"If he wants to swing the bat like he's been doing, and playing the outfield, we would welcome that," Guardians manager Terry Francona said on Friday.

For Texas, in Friday's loss, outfielder Adolis Garcia was lifted for a pinch-runner in the ninth inning after he was hit on his left wrist by an Emmanuel Clase cutter that was clocked at 100.3 mph, according to MLB's StatCast system.

This will be Otto's first appearance against the Guardians.

In his first season in the majors, Otto has logged 118 innings. The right-hander has interesting splits when it comes to his record and home and on the road.

In his career, Quantrill is 1-0 with a 3.52 ERA in 7 2/3 innings against the Rangers. On June 7, Quantrill beat Texas, giving up three runs in seven innings.

Closing in on winning the AL Central, Cleveland is peaking at the right time.

"We went through ups and downs and this is the time of year when it matters the most, and I think this team has got a lot of fight and [pulled] together at the right time," Guardians reliever Trevor Stephan said.

Like the Guardians, the Rangers are building around a young core, but it's their two high-priced veteran pickups last offseason who are the building blocks.

Second baseman Marcus Semien and shortstop Corey Seager have been producing down the stretch.

Semien started the season off slowly, but he has picked it up for a few months now.

"He's been the catalyst for us," Rangers interim manager Tony Beasley said, per MLB.com. "Leading off, he's been making things happen on both sides of the ball, defensively, offensively, on the basepaths. He's done an outstanding job for us. You eliminate the first month or so and it's the type of season that you expect from Marcus Semien."