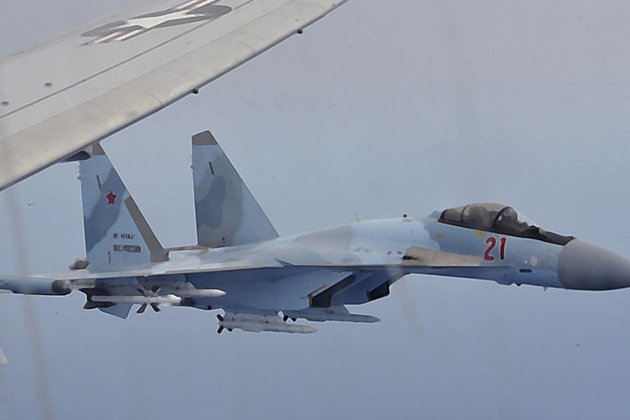 The Su-35 will be ?on the table? if plans to purchase US-made F-16s don?t come through, a top defense official has said

Ankara will be ready to consider buying Su-35 fighter jets from Russia if it is unable to purchase the F-16 aircraft from the US, Ismail Demir, the head of Turkey's top defense agency, has said.

"If there will be no F-16s ... We'll say that Turkey is not without alternatives. All alternatives, including the Su-35, come to the table," Demir, who leads the Presidency of Defense Industries (SSB), told CNN Turk on Saturday.

A highly maneuverable supersonic jet, the Su-35 is capable of destroying aerial targets, as well as striking seaborne and ground targets, such as air defense sites.

Turkey has continued to look for ways to modernize its air force after the US removed it from its F-35 export program in 2019 and refused to deliver the already ordered aircraft because Ankara snubbed demands to scrap a deal to purchase the S-400 air defense missile systems from Russia.

Turkey heavily criticized Washington at the time, arguing that it is free to buy weapons from whomever it wants.

"I can say that there is a very clear ulterior motive, and that the S-400 was being used as an excuse," Demir told CNN Turk.

Turkey has since been in talks to buy 40 F-16 jets, which are older and less advanced than the F-35s. President Recep Tayyip Erdogan told reporters in New York on Thursday that negotiations are "going on positively."

"We hope that this positive atmosphere will continue. I think we will get a result from this as soon as possible," Erdogan stated.

US President Joe Biden said in June that he fully supported selling the jets to Turkey.