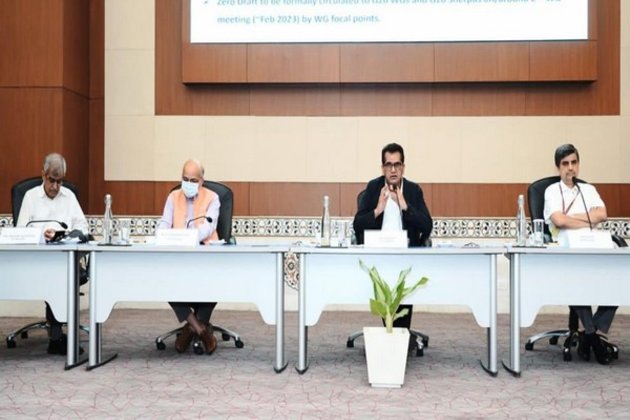 New Delhi [India], September 24 (ANI): India's G20 Sherpa Amitabh Kant on Saturday chaired an inter-ministerial meeting with the chairpersons of all Working Groups under India's upcoming G20 Presidency and discussed substantive and logistical aspects of the preparations for it.

"Had a wonderful interaction with Chairmen of Working Groups on India's upcoming G20 Presidency. Discussed various aspects of preparations including substantivelogistics issues. Immense enthusiasm in GoIStates to make G20 2023 a stellar success for India," Kant tweeted.

The Ministry of External Affairs also took to Twitter and said, "G20 preparations in full swing! G20 Sherpa @amitabhk87 chaired an inter-ministerial meeting today with chairpersons of all Working Groups under India's upcoming G20 Presidency. Held deliberations on the substantive and logistical aspects of the Presidency."This year, G20 Summit will be hosted by Indonesia in Bali in the month of November. Indonesia will pass on the baton to India for next year.

India's G-20 Presidency next year will be a golden chance for the country to correct the long-standing anomalies that go against the developing countries, especially in the domain of agriculture and food subsidies, SBI.

The G20 presidency keeps rotating every year among member nations. The country holding the presidency, together with the previous and next presidency-holder, forms the 'Troika'.

This would be the first time when the troika would consist of three developing countries and emerging economies, providing them with a greater voice.

TOKYO, Japan: The results of a survey released this week showed that Japan's manufacturing activity contracted for the first time ...