Lionel Messi tops the rich-list as the world's highest-paid athlete, but his hefty income highlights the rife gender pay gap 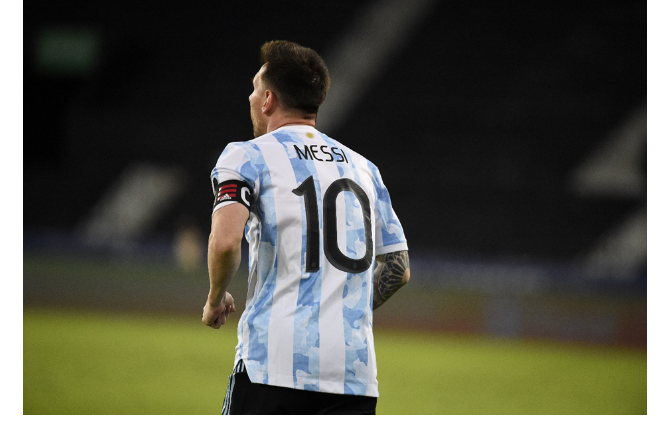 As we celebrated Equal Pay Day on September 18th, research carried out by Casumo has discovered that there is still a massive difference in pay between male and female sportspersons across five of the world's biggest sports - with men earning an average of 1,000% more than women.

It may come as no surprise that the biggest gap in pay across the board is found in football. Paris Saint-Germain and Argentina star Lionel Messi topped the Forbes annual highest-paid athlete list earlier this year, earning a mammoth Pound 110 million since his move to the French capital from Barcelona shocked the sporting world last summer.

The 35-year-old made an eye-watering Pound 64m from his salary/winnings at the Parc des Princes, with a further Pound 47m in endorsements from the likes of his lifelong partnership with apparel giant Adidas and deals with global restaurant group Hard Rock Cafe, soft drink titans Pepsi and credit company Mastercard.

In comparison, United States Women's National Team forward Alex Morgan - who is a leading figure in trying to close the gender pay gap in football - earned just Pound 6m from salary/winnings and brand deals with Coca-Cola and Nike. That works out at around Pound 11.50 per minute, a stark difference from Messi's massive income of Pound 247.34 per minute.

It appears to be an issue in management as well, with England women's European Championship-winning manager Sarina Wiegman reportedly earning Pound 4m less than her men's counterpart Gareth Southgate.

Tennis has made the biggest strides towards equal pay, with the winning prize pots for the four Grand Slam titles (Australian Open, French Open, Wimbledon and US Open) all now equal. But the men still rake in masses more than women when it comes to the endorsements side of things.

Despite consistent injuries taking their toll on Roger Federer's career over the last couple of years, which has resulted in the Swiss legend making just Pound 600,000 on the court in the last 12 months, the 40-year-old is still making a killing through sponsorships - with deals including apparel companies Uniqlo and On, Rolex and Mercedes-Benz dwarfing his on-court earnings.

Basketball star Lebron James of the Los Angeles Lakers is second on the Forbes highest-paid athlete list, making around Pound 103m in the last 12 months. But he made almost double his salary/winnings (Pound 35m) off the court (Pound 68.3m), starring in Space Jam: A New Legacy while also working with the likes of Beats by Dre, 2K Sports, Nike and Walmart.

In comparison, Women's National Basketball Association (WNBA) veteran Candace Parker earned less than Pound 5 in the last year. Due to the WNBA capping salaries at around Pound 170,000, the 36-year-old relies heavily on endorsements to bolster her income. And deals with Adidas, Capital One and Carmax saw her take home an additional Pound 4.7m